Learning to let go of control

We had just had our baby shower the previous weekend with a routine ob appointment the following week. My sister and her family had also been in town, and my husband and I left them for an hour or so to attend our appointment.

For those that have gone through this process, this will resonate as the routine. After checking in and getting vitals done (blood pressure, weight and obligatory urine sample), we sat out in the waiting room ready to be called into this busy office.

I was 33 weeks pregnant at the time and had just transferred over to the OB. I think it was only my second appointment here. I’m a person that loves to observe and ‘people watch’. This was a fantastic place to sit, observe and watch all states of pregnant women, their families and sometimes the chaos that ensued.

After a short time, we were called into the exam room and I hopped up on the table sitting there waiting for the doc to arrive. I remember the exact look on their face as they walked in and told me there was an issue with my urine sample.

The plan they had executed started to be put into place (and now relayed to me). I was directed that I needed to go down to the hospital to have my first steroid shot and would then be induced to deliver our little one within 24 hours.

With anxiety, fear and an overwhelm of emotions we left the office and met my sisters family at McDonalds for lunch (they had little ones so it was a place for them to play while we broke the news).

I was not prepared for this. This was not part of my plan. This was the start of learning to let go of control and how things were going to happen.

Off to the hospital

After lunch, and following the doctors plan, we headed down to the hospital. All had been arranged from the doctors, thank goodness, as we were both in a state of shock. Given this was our first child, it was all surreal – like watching from outside of our bodies and going through the process of it all at the same time.

We were called in to emergency and assigned a bed in the chaotic, goings on of a typical emergency room. It wasn’t too long before another doc came in and gave us the next series of the plan. One steroid shot now, and another one to follow before the birth will be induced.

I was ordered to drop the pants (as it was going into my hip) and with a not so delicate jab the first in the series was done. Now the waiting game began. The steroids were being introduced into my system to help mature the longs of my baby and give her a better chance of a stronger outcome when born.

We were now sent home for me to stay on bedrest until we came in for the next shot. I remember how amazing my husband was and getting me inside, on the couch and was then ordered not to get up unless I had to go to the washroom.

Letting the control go and surrendering into his hands. I sat there, so frustrated I could not move. Helpless with the feeling that I was not able to help and prevent my little one from needing to come so early. Frustrated that I was being catered to and my self-sufficiency taken away. On the other hand, so very grateful that I had him taking care of me and our little one. 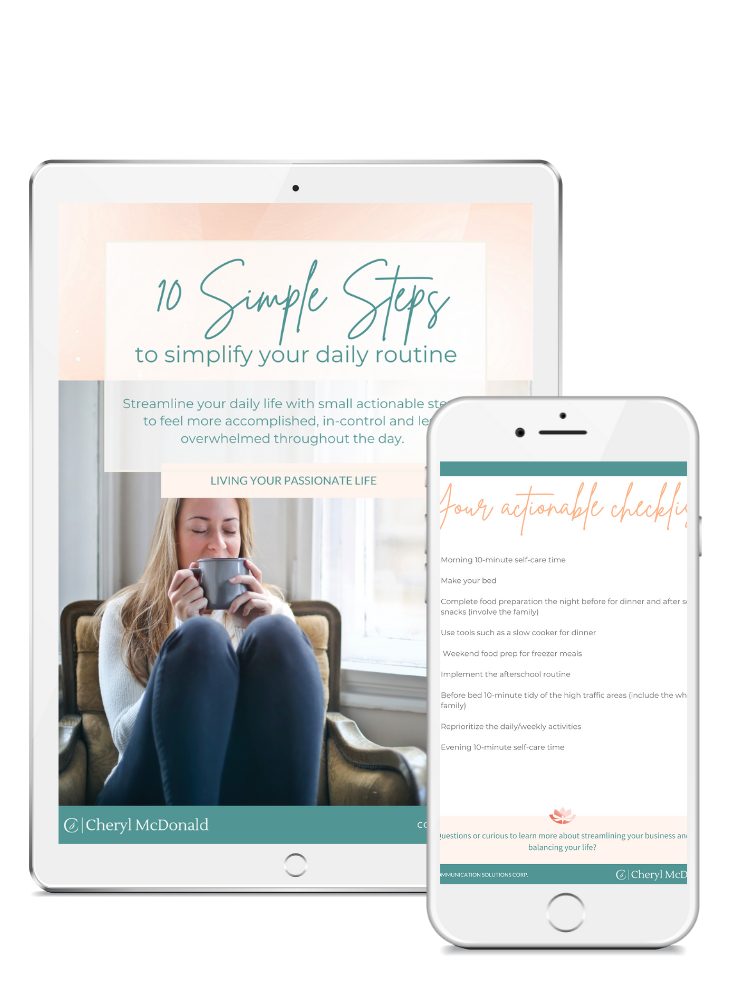 10 simple steps to streamline your daily life with small actionable steps to feel more accomplished, in control and less overwhelmed throughout the day.

Back to the hospital

After a night at home, we were back at the hospital – the next steps of the plan rolling into place. Checked into a room and second shot delivered we were waiting and chilling out unknown of the next steps.

The neonatologist stopped by. Lying in bed, he sat in a chair at the end of the bed and delivered the news. He introduced himself and gave me the low down on what will/may happen when she is born.

He told me, be prepared for your baby to be taken away quickly by the nurses and doctors. You will not hold her and most likely you will not see her before she is rushed down to the NICU. There would be a good chance that she will be on a breathing machine if her lungs are not matured and will need to be in the hospital for at least 3-4 weeks.

He continued talking and then asked if I understood what will happen. Replying yes, he promptly got up and left with an indication he may see me later or it will be another neonatologist.

In a heartbeat, the wind taken fully out of my sails and anxiety, fears, sadness and a bundle of other emotions rushed in. Within 24 hours, the joyful pregnancy had now turned into be prepared for the worst and not seeing your baby.

It was very apparent now, I had no control over the situation or what will happen. Though, knowing that I was in the best place for her and with amazing staff that will do all they can helped, but as a new mom, I could not do anything but deliver and wait.

Off to delivery and afterwards

Delivery went fairly well; the plan was executed on schedule according to the docs and nurses. Further letting go and understanding I do not have any control in this situation was so difficult.

She was born at 33 weeks. Whisked away as per the neonatologists plan my husband followed with the team and off to the NICU they went.

After a short 11 day stay she was released and we were headed home with our 4.2lb little bundle of pure joy.

Sparing you the details through the birth and afterwards :), what did I learn?

• It truly is ok to let go when the conditions warrant it.
• I had an amazing husband supporting me through this journey.
• There was nothing I could have done to prevent the early birth.
• She was in the best place possible, with the best medical team, to help at that time.
• I survived and am stronger for it.

We were blessed to have had a relatively uneventful birth and stay in the NICU. Although small (3.9lbs at birth), she had spunk and was healthy. Chatting with other parents and families also in the NICU, we were the lucky ones.

Life throws us challenges and it’s up to us on how to respond to them. Sometimes they are not within our control, but we will survive.

Looking back now, if I’d have the tools and resources I now have, I believe my anxiety and emotional rollercoaster would have been less than it was.

What steps are you taking to continually grow your business? Let me know in the comments below. 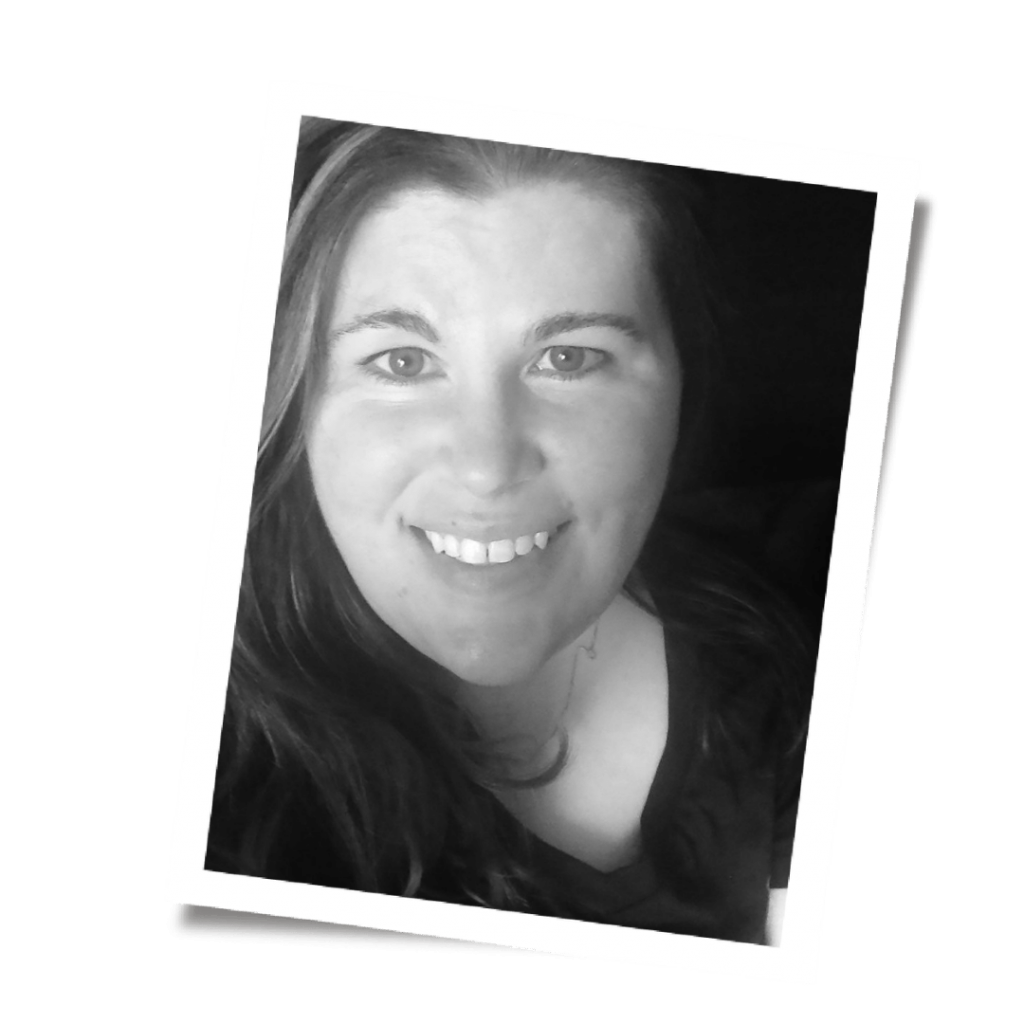 I work with entrepreneurs to grow their businesses with strategy, execution and grounded support. Let’s chat! 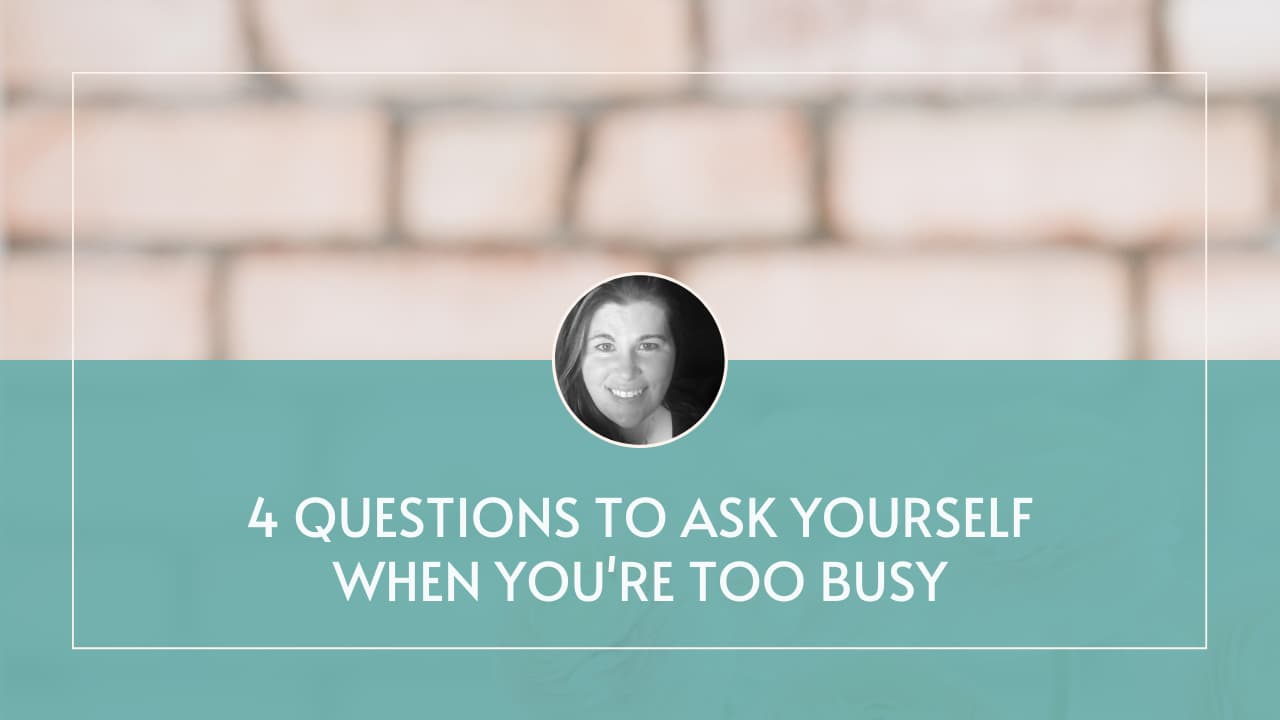 4 Questions to Ask Yourself When You’re Too Busy

"Help me! I’m too busy and something needs to change..." I get it. Being ‘too busy’ isn’t sustainable and doesn’t serve you or your clients. It may even be getting in the way of you growing your business.  The good news? It’s fixable, so grab your to-do list and...

END_OF_DOCUMENT_TOKEN_TO_BE_REPLACED 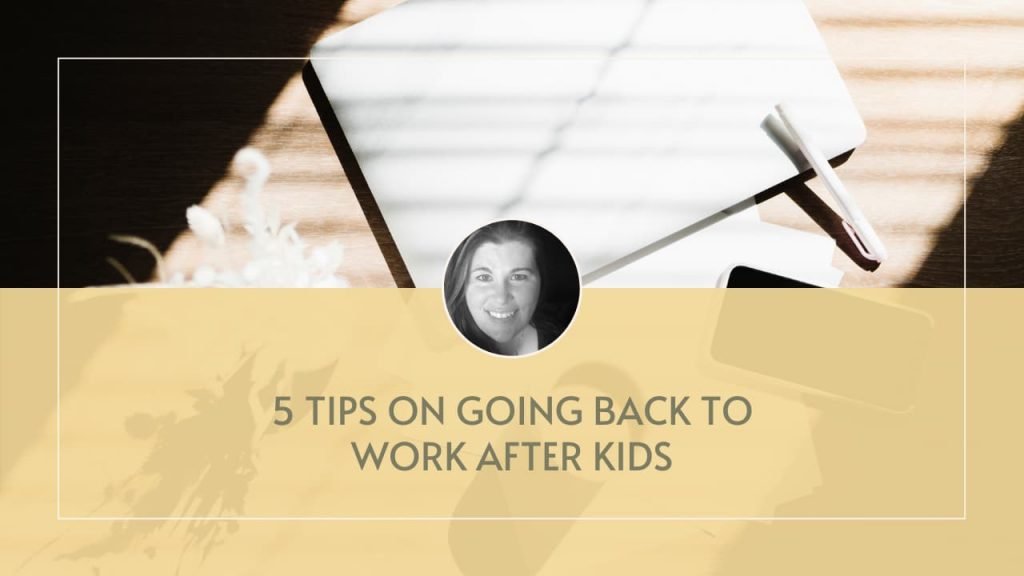 5 tips on going back to work after kids

It’s not an easy decision, sometimes it’s not even a decision. It just is. Heading back into the workforce after having your little one is often a big transition for not only you, but the rest of the family. In this article, I’ve outlined the top 5 tips that helped me...

END_OF_DOCUMENT_TOKEN_TO_BE_REPLACED 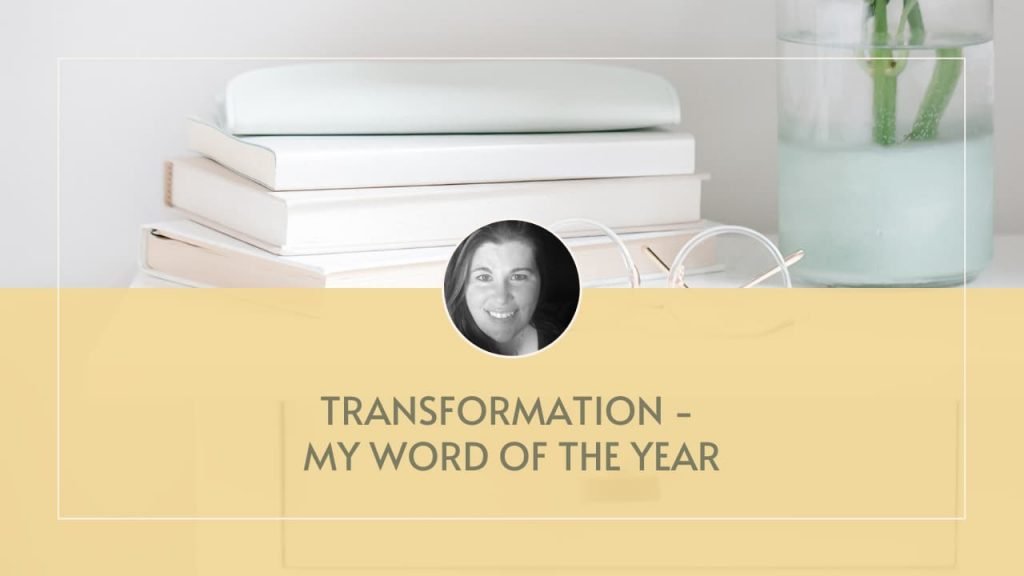 Transformation – My word of the year

My word for this year is transformation. I’m continuing this word from last year as there’s still so much I want to accomplish and reframe as this year progresses. In a year of transformation, I’ve decided to keep my goals more realistic to not only accomplish them...

END_OF_DOCUMENT_TOKEN_TO_BE_REPLACED 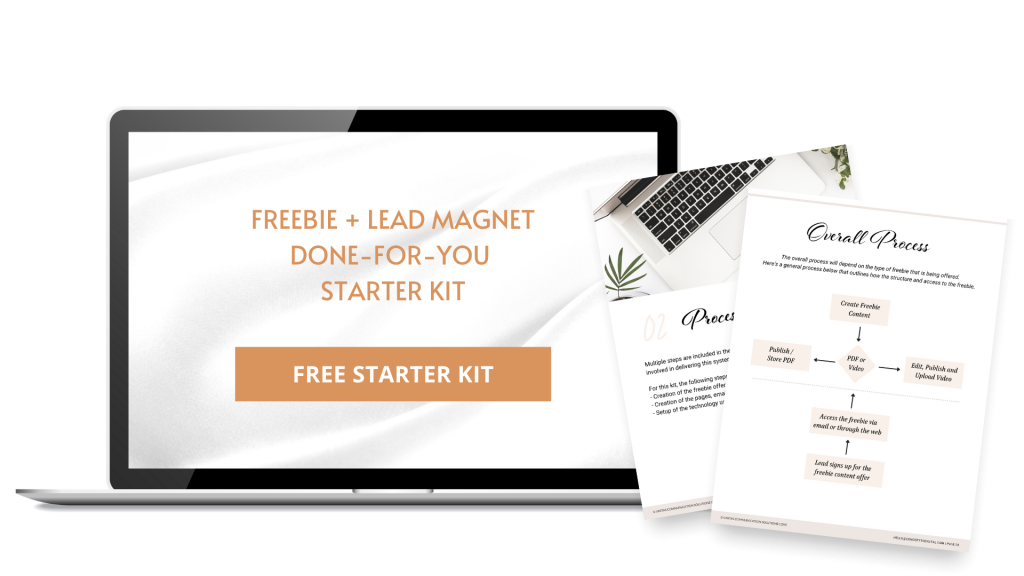 Optimize your freebie idea and start building a list that increases your conversation rates and places you as the "go-to" in your industry.

Download your Starter Kit to Optimize My Lead Magnet.

Enter your name and email below to get your copy of one of my most popular Done-For-You kits!

We use cookies on our website to give you the most relevant experience by remembering your preferences and repeat visits. By clicking “Accept”, you consent to the use of ALL the cookies.
Cookie settingsACCEPT
Manage consent

This website uses cookies to improve your experience while you navigate through the website. Out of these, the cookies that are categorized as necessary are stored on your browser as they are essential for the working of basic functionalities of the website. We also use third-party cookies that help us analyze and understand how you use this website. These cookies will be stored in your browser only with your consent. You also have the option to opt-out of these cookies. But opting out of some of these cookies may affect your browsing experience.
Necessary Always Enabled
Necessary cookies are absolutely essential for the website to function properly. These cookies ensure basic functionalities and security features of the website, anonymously.
Functional
Functional cookies help to perform certain functionalities like sharing the content of the website on social media platforms, collect feedbacks, and other third-party features.
Performance
Performance cookies are used to understand and analyze the key performance indexes of the website which helps in delivering a better user experience for the visitors.
Analytics
Analytical cookies are used to understand how visitors interact with the website. These cookies help provide information on metrics the number of visitors, bounce rate, traffic source, etc.
Advertisement
Advertisement cookies are used to provide visitors with relevant ads and marketing campaigns. These cookies track visitors across websites and collect information to provide customized ads.
Others
Other uncategorized cookies are those that are being analyzed and have not been classified into a category as yet.
SAVE & ACCEPT